"PACCAR's excellent balance sheet and operating cash flow of $1.59 billion in 2011 have enabled increased capital investments in new products, enhanced manufacturing efficiency and global expansion," said Pigott.  "To support the investments in global business initiatives in 2011, the company displayed its vehicles at major truck shows in the BRIC countries (Brasil, Russia, India, China) during the year.  We have begun construction of a DAF assembly facility in Brasil, opened a parts distribution center in Russia and added employees in our India and China operations," added Pigott.  "We are pleased that our vehicles achieved record share in the above 15-tonne market in Europe and Class 8 market in North America.  It is expected that the truck market in the U.S. and Canada will further improve in 2012.  Ongoing economic uncertainties in Europe have resulted in lower Eurozone industry truck orders in recent months."

Cash dividends of $1.30 per share, including a fourth quarter special dividend of $.70 per share, were declared during 2011.  Total dividends declared in 2011 increased by 88 percent compared to 2010.  PACCAR has paid a dividend every year since 1941. 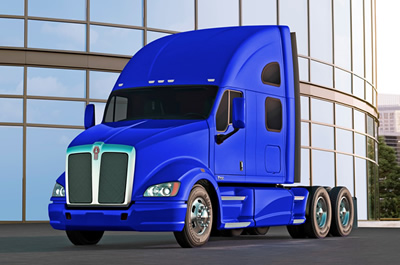 Stock Repurchase Update
In December 2011, PACCAR's Board of Directors approved the repurchase of an additional $300 million of its outstanding common stock.  During the fourth quarter of 2011, PACCAR repurchased 1.78 million of its common shares for $67.6 million.  "Over the past six months, PACCAR has bought 9.16 million shares for a total investment of $337.6 million," noted Ron Armstrong, PACCAR president.  "PACCAR's excellent net profits and strong cash flow make the company's shares an attractive long-term investment.  The stock repurchase program reflects the Board's confidence in PACCAR's successful global business growth." PACCAR's shareholder return averaged 14.6 percent each year in the last ten years, compared to the S&P 500 Index average annual return of 2.9 percent for the same period.

Global Truck Market Update
DAF's premium-quality vehicles have achieved industry leadership in many countries in Europe.  "Industry sales above 15-tonnes in Western and Central Europe were 244,000 units in 2011, a 33 percent increase compared to 2010," said Harrie Schippers, DAF president.  "In 2011, DAF achieved a record market share of 15.5 percent in the above 15-tonne market, the highest share in its 83-year history.  DAF is the overall market leader in the United Kingdom, Netherlands, and Belgium.  DAF is also the leader in the above 15-tonne market share in many countries in Central Europe.  It is estimated that industry sales in the above 15-tonne truck market in Europe in 2012 will be in a range of 210,000-240,000 units, reflecting a truck market that is being impacted by economic challenges in the Eurozone," said Schippers.

"Class 8 industry retail sales in the U.S. and Canada improved to 197,000 units in 2011 compared to 126,000 in 2010, a 56 percent increase," said Dan Sobic, PACCAR executive vice president.  "Our customers are benefiting from higher freight tonnage and improved freight rates.  In 2011, PACCAR achieved a record Class 8 retail market share in the U.S. and Canada of 28.1 percent.  Industry retail sales in 2012 are expected to increase to a range of 210,000-240,000 vehicles, driven primarily by ongoing replacement of the aging truck population.  Annual replacement demand for the U.S. and Canadian truck market is estimated to be approximately 225,000 units," added Sobic.

For over 40 years, PACCAR's Kenworth vehicles have earned a significant market share in many South American countries in the Andean region.  "The successful introduction of DAF vehicles into Chile, Ecuador and Peru in 2011 helped PACCAR achieve a record level of vehicle sales in the region," said Sam Means, PACCAR vice president.

PACCAR in Asia
PACCAR's Shanghai office was expanded in 2011 to support increased component purchases for production and aftermarket operations.  "China is the largest truck market in the world and PACCAR is benefiting from its expanded presence in the region," said Dan Sobic, PACCAR executive vice president.  DAF is the second largest truck manufacturer in the above 15-tonne segment in Taiwan with a 26 percent market share among European makes.

PACCAR launched its new PACCAR Technical Center in Pune, India in late 2011.  The center is expected to eventually have approximately 200 employees and will focus on engineering, information technology and component sourcing for worldwide production and aftermarket operations.  "The PACCAR India Technical Center will deliver quality resources to our global engineering and IT organizations, and enable PACCAR to accelerate new product development," said Don Schulte, managing director for PACCAR in India.  In early January 2012, PACCAR showcased its premium DAF CF model at the Delhi AutoExpo, the largest automotive show in India. 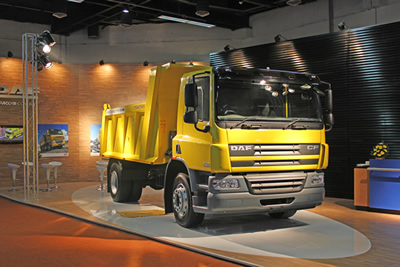 DAF's European Growth
In August 2011, DAF entered into a contract to acquire 19 percent ownership in TATRA a.s. based in the Czech Republic.  TATRA produces a range of versatile, off-road vehicles which will be sold by DAF dealers throughout Europe, complementing DAF's premium range of construction trucks.  DAF supplies TATRA with the PACCAR MX engine and the DAF CF cab for its new Phoenix model.  "DAF's relationship with TATRA further strengthens DAF's industry-leading position in the heavy-duty truck segment in Central Europe," said Harrie Schippers, DAF president.

DAF also opened a truck sales office in Moscow, Russia, during 2011.  "The above 15-tonne truck market in Russia and the CIS was over 115,000 units in 2011," said Ron Bonsen, DAF director of marketing and sales.  "The opening of the DAF Moscow office is facilitating DAF's continued growth in this expanding truck market." 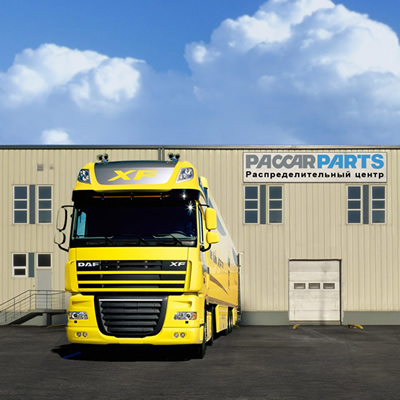 Strong Capital Investments
In 2011, capital additions of $535.0 million and research and development expenses of $288.2 million were invested in global expansion initiatives, to enhance manufacturing efficiency and accelerate new PACCAR product development.  PACCAR is planning capital investments in 2012 for product development programs and construction of the DAF assembly facility in Brasil.  "Capital additions are projected to be $450-$550 million and research and development expenses are estimated at $275-$325 million in 2012 as Kenworth, Peterbilt and DAF invest in industry-leading products and services to enable our customers to continue to achieve profitable results in their businesses," said George West, PACCAR vice president.

Other environmental highlights for 2011 include:

Financial Services Companies Achieve Excellent Results
PACCAR Financial Services (PFS) finances a portfolio of 145,000 trucks and trailers, with total assets of $9.4 billion.  PACCAR Leasing, a major full-service truck leasing company in North America and Europe with a fleet of over 32,000 vehicles, is included in this segment.  "During the fourth quarter and full-year 2011, profit increased due to better finance margins and improved portfolio performance," said Bob Bengston, PACCAR vice president.  Fourth quarter pretax income was $67.4 million compared to the $49.9 million earned in the fourth quarter of 2010.  Fourth quarter revenues were $266.2 million compared to $243.8 million in the same quarter of 2010.  For the full year, revenues were $1.03 billion compared to $967.8 million in 2010 and pretax income was $236.4 million in 2011 compared to $153.5 million a year ago.

PACCAR is a global technology leader in the design, manufacture and customer support of high-quality light-, medium- and heavy-duty trucks under the Kenworth, Peterbilt and DAF nameplates.  PACCAR also designs and manufactures advanced diesel engines and provides financial services and information technology and distributes truck parts related to its principal business.  PACCAR shares are traded on the Nasdaq Global Select Market, symbol PCAR.  Its homepage is www.paccar.com.

PACCAR will hold a conference call with securities analysts to discuss fourth quarter earnings on January 31, 2012, at 9:00 a.m. Pacific time.  Interested parties may listen to the call by selecting "Live Webcast" at PACCAR's homepage.  The Webcast will be available on a recorded basis through February 10, 2012.