July 24, 2012, Bellevue, Washington "PACCAR reported increased revenues and net income for the second quarter of 2012," said Mark Pigott, chairman and chief executive officer.  "PACCAR's second quarter results reflect the benefits of higher truck sales in North and South America and good financial services results worldwide as compared to the second quarter of 2011.  The weak economic growth in the United States, coupled with the ongoing uncertainty in the Eurozone, could dampen truck orders for the remainder of 2012.  I am very proud of our 23,000 employees who have delivered excellent results to our shareholders and customers."

Global Truck Markets
DAF continued to strengthen its position in the European truck market, achieving a market share of 16.0 percent in the above 16-tonne segment in the first five months of 2012.  "DAF is one of the market leaders in the European tractor segment as fleets recognize DAF's product quality leadership, low operating costs and excellent resale value," said Harrie Schippers, DAF president.  "We estimate that 2012 industry registrations in the above 16-tonne truck market in Europe will be 210,000-230,000 units, compared to 241,000 units in 2011." 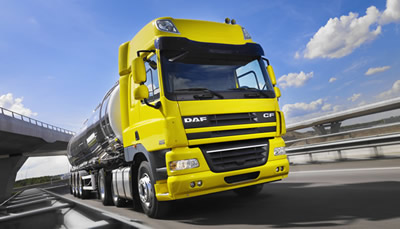 The DAF CF Earned the U.K. Fleet Truck of the Year Award for 2012

"Class 8 industry retail sales in the U.S. and Canada are expected to be in the range of 210,000-230,000 vehicles in 2012.  Industry retail sales in 2011 were 197,000 units.  Our customers are benefiting from higher freight tonnage, improved fleet utilization rates and lower fuel prices," said Dan Sobic, PACCAR executive vice president.  "For the first half of 2012, PACCAR increased its Class 8 retail market share in the U.S. and Canada to 29.9 percent."

Financial Highlights Second Quarter 2012
Highlights of PACCAR's financial results for the second quarter of 2012 include:

Financial Highlights First Half 2012
Financial highlights for the first six months of 2012 include:

For over 40 years, PACCAR's Kenworth vehicles have earned a significant market share in many South American countries in the Andean region.  "The successful introduction of DAF vehicles into Chile, Ecuador and Peru in 2011 helped PACCAR achieve a record level of vehicle sales in the region," said Sam Means, PACCAR vice president.  "Total PACCAR truck deliveries of 4,500 units in the Andean region of South America in the first six months of 2012 increased by 75 percent compared to the first half last year."

"PACCAR is a leader in the development of other environmentally friendly technologies," added Brewster.  "All PACCAR manufacturing facilities have earned the prestigious ISO 14001 environmental certification.  This distinction recognizes that the facilities have implemented rigorous energy-saving measures and innovative design features.  Many PACCAR facilities in the U.S. and Europe have also successfully achieved 'zero waste to land-fill' status." 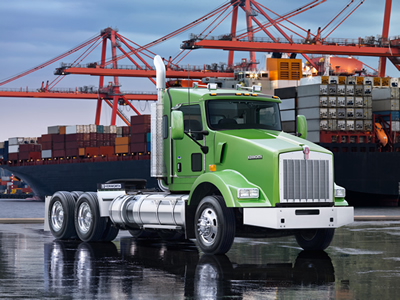 Capital Investments, Product Development and Industry Recognition
PACCAR's excellent long-term profits, strong balance sheet, and intense focus on quality, technology and productivity have enabled the company to invest $4.8 billion in capital projects, innovative products and new technologies during the past decade.  Capital investments of $450-$550 million and R&D expenses of $275-$300 million are targeted in 2012 for new products and enhancing manufacturing operating efficiency.  "Kenworth, Peterbilt and DAF are investing in new industry-leading products and services to enable our customers to achieve excellent results in their businesses," said George West, PACCAR vice president.

The DAF CF85 was recently honored at the "Motor Transport Awards 2012" dinner in London.  For the eleventh time in 26 years, Motor Transport magazine honored the DAF CF85 as the U.K.  "Fleet Truck of the Year." "The CF is regarded as one of the most fuel-efficient trucks in the market and with the innovative DAF Advanced Transport Efficiency (ATe) technologies, additional savings can be realized," said Ray Ashworth, managing director of DAF Trucks U.K.

Financial Services Companies Achieve Excellent Results
PACCAR Financial Services (PFS) has a portfolio of 148,000 trucks and trailers, with total assets of $10.21 billion.  PacLease, a major full-service truck leasing company in North America and Europe with a fleet of over 32,000 vehicles, is included in this segment.  During the second quarter and first half of 2012, PFS profit increased due to growth in portfolio balances and a lower provision for credit losses.

Second quarter pretax income in 2012 improved to $77.4 million compared to $56.9 million earned in the second quarter of 2011.  Second quarter revenues were $266.1 million compared to $258.0 million in the same quarter of 2011.  For the six-month period, pretax income was $148.7 million compared to $107.2 million last year.  First-half revenues were $527.5 million, compared with $499.0 million for the same period a year ago.  "Dealers and customers appreciate PFS's commitment to providing leading-edge technology solutions, excellent customer service and dedicated support of the transportation industry in all phases of the business cycle," said Bob Bengston, PACCAR vice president.

PACCAR is a global technology leader in the design, manufacture and customer support of high-quality light-, medium-, and heavy-duty trucks under the Kenworth, Peterbilt and DAF nameplates.  PACCAR also designs and manufactures advanced diesel engines, provides financial services and information technology and distributes truck parts related to its principal business.

PACCAR will hold a conference call with securities analysts to discuss second quarter earnings on July 24, 2012, at 9:00 a.m. Pacific time.  Interested parties may listen to the call by selecting "Live Webcast" at PACCAR's homepage.  The Webcast will be available on a recorded basis through July 31, 2012.  PACCAR shares are listed on NASDAQ Global Select Market, symbol PCAR, and its homepage can be found at www.paccar.com.

* J.D. Power and Associates 2012 Heavy Duty Truck Studysm.  Study was based on 1,725 responses from principal maintainers of heavy-duty trucks.  For more information please go to www.jdpower.com.