January 30, 2009, Bellevue, Washington PACCAR earned its fourth highest annual net income in its 103-year history in 2008 and has delivered a remarkable 70 consecutive years of net profit to its shareholders, said Mark C. Pigott, chairman and chief executive officer.  PACCARs financial results reflect the benefits of the companys quality products and services, geographic diversification, excellent aftermarket revenues and financial services income.  I am very proud of our 18,000 employees who have delivered exceptional performance to our shareholders and customers, especially in todays very difficult business conditions.

PACCARs excellent balance sheet and strong cash flow have enabled ongoing investments in capital projects such as diesel engines, new vehicles and factory productivity improvements.  These projects will assist the company in achieving its long-term growth objectives, noted Pigott.  However, the severe recession is affecting our business in North America and Europe.  Our fourth quarter 2008 financial results were negatively impacted by reduced gross margins, lower build rates and temporary plant shutdowns.  These challenges are increasing in 2009.  PACCAR is rigorously reducing operating expenses and capital expenditures to align the business with the slower markets.

Net Income and Revenue
PACCAR net earnings were $113.1 million ($.31 per diluted share) for the fourth quarter of 2008 compared to the $261.1 million ($.71 per diluted share) earned in the fourth quarter of 2007.  Fourth quarter net sales and financial service revenues were $2.92 billion compared to $3.76 billion reported for the comparable period in 2007.  During the quarter, the company generated $345.4 million in operating cash flow.

Global Truck Market Update
Industry sales above 15 tonnes in Western and Central Europe were 330,000 units in 2008, the second best year ever, said Aad Goudriaan, DAF president.  DAF achieved an excellent market share in the above 15 tonne market of 14.2 percent and has a medium-term goal of 20 percent market share.  DAF is the European leader in premium-quality products and achieved record sales and production in 2008, delivering over 64,000 vehicles.  The very challenging 2009 market could range from 200,000-240,000 units, noted Goudriaan.

Class 8 industry retail sales in the U.S. and Canada were 153,000 in 2008 compared to 176,000 in 2007 and reflected the recessionary economy, particularly the slowdown in the housing and automotive sectors, said Dan Sobic, PACCAR executive vice president.  Industry retail sales in 2009 are expected to be in the range of 130,000-170,000 vehicles, reflecting continued economic weakness.  PACCARs 2008 retail share of the U.S. and Canadian Class 8 market was 26 percent.  Our customers are benefiting from lower fuel prices and improved availability of drivers, even though freight tonnage is comparable to 2000 levels.

Bill Jackson, Peterbilt general manager, commented, There is some good news longer term about the industry.  The average age of the North American industry fleet is the highest in the last 15 years.  Truck retail sales are below the five-year average of 235,000 units because of the current recession.  In a normal cycle, many truck operators would replace their vehicles in the next 12-24 months to maintain a competitive operating cost structure.  The truck industry is generating good parts and service business due to the aging fleet and the industry is poised to rebound when the general economy improves. 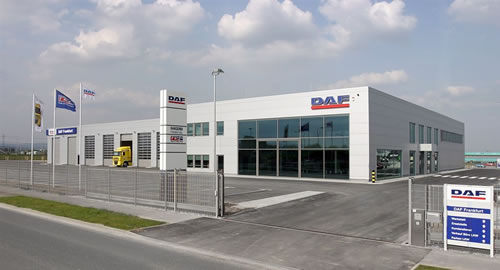 During 2008, PACCAR repurchased 5.05 million shares for $230.5 million.  In July 2008, PACCARs Board of Directors approved the repurchase of an additional $300 million of the companys common stock.  No shares were repurchased in the fourth quarter.

Other green environmental initiatives in 2008 include: 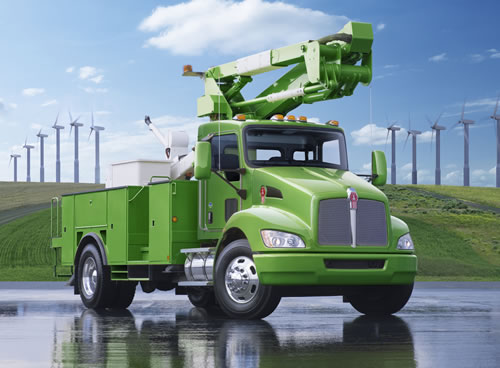 Product, Facility and Technology Investments
PACCAR increased its investments in product development, plant efficiency and global customer service during 2008 in order to meet long term market demand, said Jim Cardillo, PACCAR president.  PACCAR invested a record $805 million in capital projects and product research and development in 2008.  During 2009, PACCAR will focus capital investment on projects that will generate excellent customer benefits in the short and medium term.  Capital expenditures are being streamlined and are estimated to be $150-$200 million in 2009, while research and development expenses are expected to be $200-$250 million.

Lower Commodity Prices Benefit Manufacturing Industries
One of the positive benefits for all manufacturing industries worldwide is the reduction of commodity prices, such as steel, oil, natural rubber, aluminum and copper, noted Tom Lundahl, PACCAR vice president purchasing.  The average cost of these commodities has reduced by approximately one third compared to the levels during the commodity price bubble in 2008, but should further reduce to reach the normalized commodity cost trend of the last ten years.  We are working closely with our suppliers who are judiciously managing their businesses through these difficult markets.

Financial Services Companies Achieve Good Results in Difficult Markets
PACCAR Financial Services (PFS) has a portfolio of 166,000 trucks and trailers, with total assets of $10.0 billion.  PACCAR Leasing, a major full-service truck leasing company in North America and Europe with a fleet of over 32,000 vehicles, is included in this segment.

PACCAR will hold a conference call with securities analysts to discuss fourth quarter earnings on January 30, 2009, at 9:00 a.m. Pacific time.  Interested parties may listen to the call by selecting Live Webcast at PACCARs homepage.  The Webcast will be available on a recorded basis through February 6, 2009.