Dividends and Stock Repurchases
PACCAR declared cash dividends of $1.56 per share during 2016, including a special dividend of $.60 per share paid in January 2017. PACCAR has paid a dividend every year since 1941. PACCAR repurchased 1.38 million of its common shares for $70.5 million in 2016. PACCAR’s total shareholder return was 38.3 percent during 2016, compared to the S&P 500 Index return of 11.9 percent. PACCAR’s shareholder return has exceeded the S&P 500 Index return for the previous one-, five-, fifteen- and twenty-year periods. 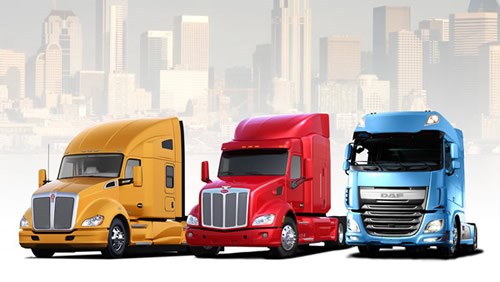 Financial Highlights – Fourth Quarter 2016
Highlights of PACCAR’s financial results during the fourth quarter of 2016 include:

Global Truck Markets
DAF’s above 16-tonne market share in Europe increased to 15.5 percent in 2016, compared to 14.6 percent last year. “Our customers recognize DAF’s quality leadership, low operating costs and superior driver comfort,” said Preston Feight, DAF president. “European industry truck sales above 16-tonnes were a robust 303,000 trucks in 2016, compared to 269,000 trucks last year. The strong heavy truck market and growth in market share generated record DAF registrations. It is estimated that European truck industry sales in the above 16-tonne market in 2017 will be another strong year in the range of 260,000-290,000 trucks.”

DAF Brasil increased production and market share in 2016 and completed its first year of production of the PACCAR MX-13 engine. “We are pleased that DAF Brasil was honored by Fenabrave, the national industry dealer association in Brasil, as the most desired truck brand in Brasil in 2016,” said Marco Davila, PACCAR vice president. 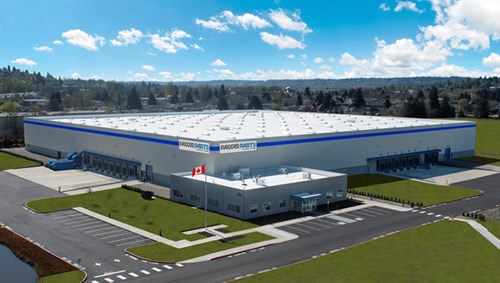 PACCAR opened its Kenworth plant in Bayswater, Australia in 1971. Kenworth is the industry leader in the above 16-tonne truck market with a market share of 20 percent in 2016. PACCAR Australia employs over 800 people and supports customers through 80 independent dealer locations. PACCAR Australia supports employees’ communities with philanthropic support of leading institutions, such as The University of Melbourne and The Royal Melbourne Hospital.

Increased Investments in Product Development and Aftermarket Support
PACCAR’s consistent profits, strong balance sheet, and intense focus on quality, technology and productivity have enabled the company to invest $6.1 billion in world-class facilities, innovative products and new technologies during the past decade. “Capital of $402.7 million and R&D expenses of $247.2 million were invested in new products and enhanced manufacturing facilities in 2016,” said Harrie Schippers, PACCAR senior vice president. “In 2017, capital expenditures are projected to be $375-$425 million and research and development expenses are estimated to be $250-$280 million. PACCAR is investing for growth in its integrated PACCAR powertrain components, advanced driver assistance and truck connectivity technologies, and enhanced manufacturing and parts distribution facilities.”

Financial Services Companies Achieve Good Annual Results
PACCAR Financial Services (PFS) has a portfolio of 178,000 trucks and trailers, with total assets of $12.19 billion. PacLease, a major full-service truck leasing company in North America and Europe with a fleet of over 38,000 vehicles, is included in this segment. “PFS portfolio performance contributed to good results in 2016,” said Bob Bengston, PACCAR senior vice president. PFS achieved fourth quarter 2016 pretax income of $77.9 million compared to $89.9 million earned in the fourth quarter of 2015. Fourth quarter 2016 revenues were $303.7 million compared to $292.8 million in the same quarter of 2015. PFS earned $306.5 million of pretax profit in 2016 compared to $362.6 million in 2015, and revenues were $1.19 billion in 2016 compared to $1.17 billion in 2015.

PACCAR will hold a conference call with securities analysts to discuss fourth quarter earnings on January 31, 2017, at 9:00 a.m. Pacific time. Interested parties may listen to the call by selecting “Q4 Earnings Webcast” at PACCAR’s homepage. The Webcast will be available on a recorded basis through February 7, 2017. PACCAR shares are traded on the Nasdaq Global Select Market, symbol PCAR. Its homepage is www.paccar.com.