July 29, 2014, Bellevue, Washington – “PACCAR reported increased revenues and net income for the second quarter of 2014,” said Ron Armstrong, chief executive officer.  “PACCAR’s second quarter results reflect the benefits of improving truck sales in the U.S. and Canada and strong aftermarket parts and financial services results worldwide.  I am very proud of our 22,600 employees who have delivered excellent results to our shareholders and customers.” 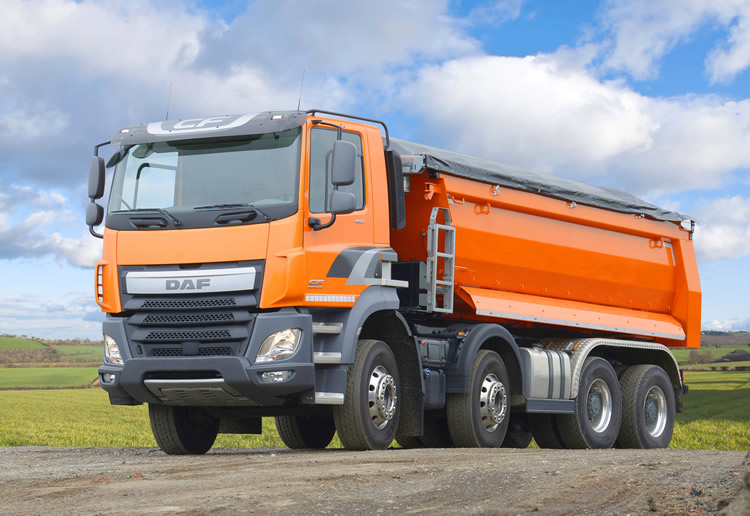 Regular Quarterly Dividend Increased
During the second quarter, PACCAR’s Board of Directors approved a 10 percent increase to the regular quarterly dividend to twenty-two cents ($.22) per share from twenty cents ($.20).  In the last five years, PACCAR’s regular quarterly dividend has increased more than 140 percent.  PACCAR’s shareholder return averaged 12.7 percent each year in the last ten years, compared to the S&P 500 Index average annual return of 7.8 percent for the same period.

Financial Highlights – Second Quarter 2014
Highlights of PACCAR’s financial results for the second quarter of 2014 include:

Financial Highlights – First Half 2014
Highlights of PACCAR’s financial results for the first six months of 2014 include:

Global Truck Markets
DAF is the market share leader in the United Kingdom, the Netherlands and Belgium.  “Customers recognize DAF’s product quality leadership, low operating costs and excellent resale value,” said Harrie Schippers, DAF president.  “DAF’s range of industry-leading vehicles has been enhanced by the launch of the new DAF XF and CF Euro 6 four-axle vehicles.  It is estimated that industry sales in the above 16-tonne truck market in Europe this year will be in the range of 210,000-230,000 units."

“Class 8 industry retail sales for the U.S. and Canada in 2014 are improving and are expected to be in the range of 230,000-250,000 vehicles,” said Dan Sobic, PACCAR executive vice president.  “Our customers are benefiting from record levels of freight tonnage, good freight rates and the excellent operating efficiency of the new Kenworth and Peterbilt trucks for the on-highway and vocational segments.  Truck demand is being driven primarily by the ongoing replacement of the aging truck population, economic growth and some expansion of fleet capacity," added Sobic.

“Heavy-duty industry truck sales for South America in 2014 are projected to be in the range of 140,000-150,000 vehicles,” said Bob Christensen, PACCAR president and chief financial officer.  “PACCAR’s Kenworth vehicles have earned a significant market share in the Andean region of South America for over 40 years.  The production of DAF trucks in Brasil will further enhance PACCAR’s vehicle sales in South America.”

PACCAR Parts is planning to begin construction of a new 176,000 square-foot distribution center in Renton, Washington in the fourth quarter 2014.  “This new facility will more than double the distribution capacity for our dealers and customers in northwestern United States and western Canada,” noted Tony McQuary, PACCAR Parts assistant general manager.

Capital Investments and Product Development
PACCAR’s excellent long-term profits, strong balance sheet, and intense focus on quality, technology and productivity have enabled the company to invest $5.8 billion in capital projects, innovative products and new technologies during the past decade.  Capital investments of $250-$300 million and R&D expenses of $200-$225 million are targeted in 2014 for enhanced powertrain development and increased operating efficiency of PACCAR assembly facilities.

Kenworth and Peterbilt launched new medium-duty cab-over-engine trucks with extensive exterior and interior enhancements in the second quarter.  The Kenworth K270 and K370 and the Peterbilt Model 220 have been designed with an enhanced turning radius and shorter overall length to excel in urban delivery applications.  Kenworth and Peterbilt are delivering industry-leading quality, innovation and comfort to the medium-duty market. 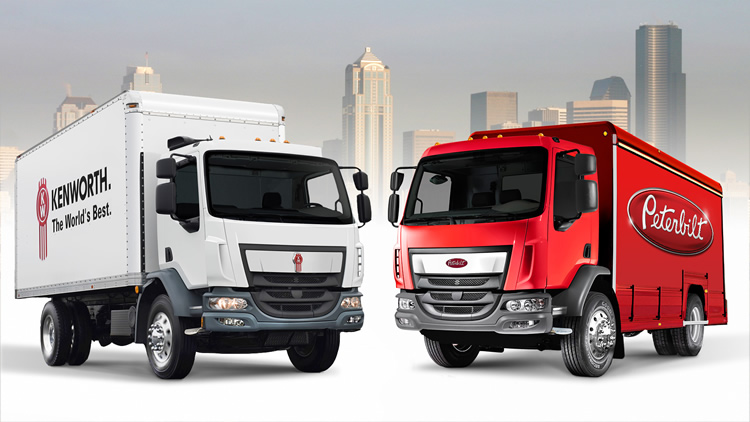 Financial Services Companies Achieve Record Quarterly Results
PACCAR Financial Services (PFS) has a portfolio of 161,000 trucks and trailers, with total assets of $11.75 billion.  PacLease, a major full-service truck leasing company in North America and Europe with a fleet of over 35,000 vehicles, is included in this segment.  During the second quarter and first half of 2014, PFS profit increased due to growth in portfolio balances and a lower provision for credit losses.

PACCAR is a global technology leader in the design, manufacture and customer support of high-quality light-, medium- and heavy-duty trucks under the Kenworth, Peterbilt and DAF nameplates.  PACCAR also designs and manufactures advanced diesel engines, provides financial services and information technology and distributes truck parts related to its principal business.

PACCAR will hold a conference call with securities analysts to discuss second quarter earnings on July 29, 2014, at 9:00 a.m. Pacific time.  Interested parties may listen to the call by selecting “Webcasts” at PACCAR’s homepage.  The Webcast will be available on a recorded basis through August 5, 2014.  PACCAR shares are listed on NASDAQ Global Select Market, symbol PCAR, and its homepage can be found at www.paccar.com.