PACCAR truck deliveries in the fourth quarter 2011 are expected to be five to ten percent higher than the third quarter, although the economic uncertainty in Europe is causing some customers to defer their orders of new trucks.  To facilitate global growth, PACCAR has begun construction of its new DAF assembly facility in Ponta Grossa, Brasil, opened its new PACCAR Technical Center in Pune, India, and expanded its office in Shanghai, China.

PACCAR is a global technology leader in the design, manufacture and customer support of high-quality light-, medium-, and heavy-duty trucks under the Kenworth, Peterbilt and DAF nameplates.  PACCAR also designs and manufactures advanced diesel engines and provides financial services and information technology and distributes truck parts related to its principal business.

PACCAR shares are traded on the Nasdaq Global Select market, symbol PCAR, and its homepage is www.paccar.com.

October 25, 2011, Bellevue, Washington PACCAR reported strong quarterly revenues and net income for the third quarter of 2011.  PACCARs third quarter revenues of $4.26 billion were the highest quarterly revenues in company history, said Mark Pigott, chairman and chief executive officer.  Increased truck deliveries, higher aftermarket sales and a growing financial services business worldwide contributed to increased profits.  Our customers in North America are benefiting from increased freight tonnage and higher fleet utilization which are driving the replacement of their aging fleets, resulting in increased demand for PACCAR products and services.  European truck registrations have improved versus 2010, but recent Eurozone economic uncertainties have resulted in lower industry truck orders.  I am very proud of our 23,000 employees who have delivered industry leading products and services to our customers worldwide.

PACCARs excellent balance sheet, including $2.73 billion in manufacturing cash and marketable securities, and operating cash flow of over $1.15 billion in 2011 have enabled ongoing investments which extend PACCARs geographic presence, enhance operating efficiency and support the development of innovative new products.  These investments will contribute to the companys long-term growth, said Pigott.  Suppliers performance has improved significantly as they have invested in capacity and production efficiency to meet increased market demand.

Global Truck Markets
DAFs premium-quality vehicles have achieved industry leadership in many countries in Europe.  DAF is the market share leader in European tractor sales with over 19 percent market share, said Harrie Schippers, DAF president.  DAF achieved a market share in the above 15-tonne market of 15.2 percent for the first nine months of 2011.  The estimate for 2011 industry sales in the above 15-tonne truck market in Europe is 235,000-245,000 units.  It is anticipated that industry sales in 2012 will be in the range of 225,000-250,000 units, said Schippers.

Class 8 industry retail sales in the U.S. and Canada are expected to be in the range of 185,000-200,000 vehicles in 2011.  Our customers are benefiting from higher freight tonnage and improved freight rates, said Dan Sobic, PACCAR executive vice president.  For the first nine months of 2011, PACCAR achieved a record Class 8 retail market share in the U.S. and Canada of 27.7 percent as customers benefited from Kenworth and Peterbilt vehicles low operating cost advantage.  Estimates for industry Class 8 retail sales in 2012 are in the range of 205,000-230,000 units, driven primarily by ongoing replacement of the aging fleet.  Annual replacement demand for the U.S. and Canadian truck market is approximately 225,000 units, added Sobic.

Financial Highlights Third Quarter 2011
Highlights of PACCARs financial results during the third quarter of 2011 include:

Financial Highlights Nine Months 2011
Financial highlights for the first nine months of 2011 include:

Share Repurchase Update
During the third quarter of 2011, PACCAR repurchased 7.38 million of its common shares for $270.0 million.  PACCAR had 358.1 million outstanding common shares as of September 30, 2011.  PACCARs excellent net profits and strong cash flow make the companys shares an attractive investment, said Ron Armstrong, PACCAR president.  PACCAR has earned a profit for 72 consecutive years and has paid a dividend every year since 1941.

Improved South American Business
In August, PACCAR announced plans to construct its new DAF Brasil assembly facility on a 569-acre site in the city of Ponta Grossa in the state of Paraná.  PACCAR is pleased to invest $200 million in its DAF facility in the dynamic and progressive state of Paraná, commented Bob Christensen, PACCAR executive vice president.  Construction of the 330,000-square-foot assembly facility is projected to begin later this year and be completed in 2013.  The new facility will be designed to assemble the DAF LF, CF and XF models, to meet current and future requirements of the Brasilian transport industry.  The Brasil truck market over six tons is 170,000 units and is expected to grow in coming years, added Christensen. 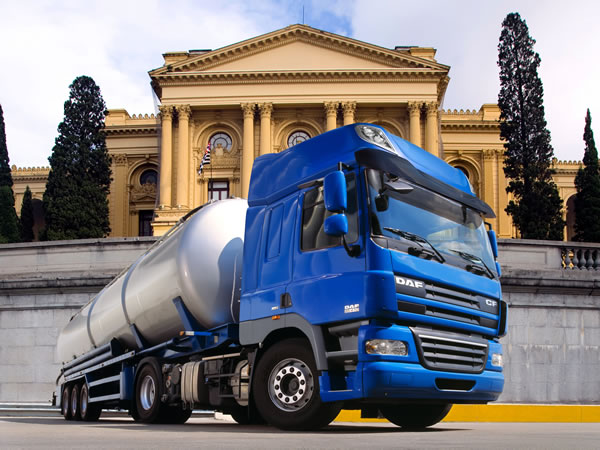 PACCAR continues to grow throughout South America.  PACCAR has earned a significant market share in many of the South American countries west of the Andes for over 40 years with its Kenworth vehicles.  In 2010, PACCAR opened a parts distribution center in Santiago, Chile.  Through September 2011, PACCAR achieved approximately 40% Class 8 market share in Colombia, launched the DAF CF range in the Andean region, and achieved strong South American truck sales.

PACCAR China
PACCARs Shanghai office was expanded in 2011 to support increased component purchases for production and aftermarket operations.  PACCAR has also achieved higher sales of PACCAR engines to Chinese bus and coach manufacturers.  China is the largest truck market in the world and PACCAR is benefiting from its expanded presence in the region, said Dan Sobic, PACCAR executive vice president.  DAF continues to expand in Taiwan and is now the second largest truck manufacturer in the above 15-tonne segment with a 27% market share.

European Growth
In August, DAF entered into a contract to acquire 19% ownership in TATRA a.s. based in the Czech Republic.  TATRA produces a range of versatile, off-road vehicles which will be sold by DAF dealers throughout Europe, complementing DAFs premium range of construction vehicles.  As a part of this agreement, DAF will supply TATRA with the PACCAR MX engine and the DAF CF cab.  DAFs relationship with TATRA will further strengthen DAFs industry-leading position in the heavy-duty truck segment in Central Europe, said Harrie Schippers, DAF president. 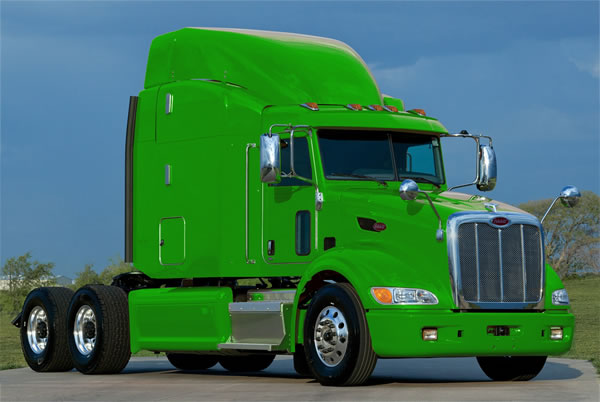 PACCARs excellent long-term profits, strong balance sheet and intense focus on quality, technology and productivity have enabled the company to invest $4.4 billion in capital projects, innovative products and new technologies during the past decade.  In 2011, capital investments of $450-$500 million and research and development expenses of $280-$300 million are being invested in new PACCAR products.  PACCAR is planning to increase capital investments in 2012 for product development programs and construction of the DAF factory in Brasil.  Capital expenditures are projected to be $450-$550 million and research and development expenses are estimated at $275-$325 million in 2012 as Kenworth, Peterbilt and DAF invest in industry-leading products and services to enable our customers to continue to deliver profitable results in their businesses, said George West, PACCAR vice president.

Leyland Trucks was awarded the prestigious Shingo Bronze Medallion.  BusinessWeek magazine has described the Shingo Prize for Manufacturing Excellence as the Nobel prize of manufacturing. The Shingo Prize was established in 1988 to educate, assess and recognize world-class organizations for creating a culture of continuous improvement through employee-empowerment and effective leadership.  The award reflects the dedication and commitment of Leyland Trucks employees who produce high quality DAF Trucks for the global market, said Andrea Thompson, Leyland Trucks managing director.

PACCAR is a global technology leader in the design, manufacture and customer support of high-quality light- medium-, and heavy-duty trucks under the Kenworth, Peterbilt and DAF nameplates.  PACCAR also designs and manufactures advanced diesel engines and provides financial services and information technology and distributes truck parts related to its principal business.

PACCAR will hold a conference call with securities analysts to discuss third quarter earnings on October 25, 2011, at 9:00 a.m. Pacific time.  Interested parties may listen to the call by selecting Live Webcast at PACCARs homepage.  The Webcast will be available on a recorded basis through November 4, 2011.  PACCAR shares are listed on the NASDAQ Global Select Market, symbol PCAR, and its homepage can be found at www.paccar.com.