Many of the worlds economies are still in the middle of a challenging recession.  Consumers are increasing their savings and reducing spending, which is healthy for economies in the long run; however, it has resulted in less freight year-on-year and lower demand for commercial vehicles, commented Pigott.  Many nations are faced with high unemployment and major catalysts for economic growth, such as home construction and car production, are at 30-50 year lows.  The good news is that PACCAR has reinforced its position as one of the leading technology companies in the automotive sector.  PACCAR is one of the few companies in the sector to deliver net income every year in the last decade.  This outstanding performance has benefited our shareholders with a 19.1 percent annual return for the decade compared to the S&P annual return of negative 1.0 percent. PACCARs shareholder return exceeds the S&P 500 return for the previous one-, three-, five-, ten- and twenty-year time periods.

PACCARs excellent balance sheet and strong operating cash flow of $1.37 billion in 2009 have enabled ongoing investments in capital projects such as new diesel engines, expanded vehicle ranges, annual factory efficiency improvement of 5-7 percent and contributed to earning the majority of the industrys quality awards, noted Tom Plimpton, vice chairman.  The companys strong performance places PACCAR in a leading position when the industry returns to a normal vehicle demand of 225,000-250,000 units in the U.S. and Canada as well as in Europe.

Global Truck Market
DAFs premium vehicles are the quality and resale-value leaders in Europe.  Industry sales above 15-tonnes in Western and Central Europe were 168,000 units in 2009, said Aad Goudriaan, DAF president.  In 2009, DAF achieved a market share in the above 15-tonne market of 14.8%, the highest share in its 81-year history.  This achievement illustrates steady progress towards DAFs medium-term goal of 20 percent market share.  The current challenging economic conditions are expected to continue into 2010, with the market for above 15-tonne vehicles estimated at 150,000-180,000 units, noted Goudriaan.

Kenworth and Peterbilt achieved a strong combined 25.1% retail share of the U.S. and Canadian Class 8 market and a record 15.3% retail share of the Class 6-7 market in 2009.  Class 8 industry retail sales in the U.S. and Canada were 108,000 in 2009 compared to 153,000 in 2008, reflecting continued economic weakness, negatively impacted by high unemployment, lower housing starts and automobile production, said Dan Sobic, PACCAR executive vice president.  Our customers profitability is benefiting from lower fuel prices and good availability of drivers, although freight tonnage is 10% lower than a year ago.  The fourth quarter 2009 industry truck sales benefited from a modest prebuy due to the transition to 2010 engines.  Industry truck retail sales in 2010 are expected to improve slightly due to the aging of the fleet and some general economic growth.  The U.S. and Canadian Class 8 retail sales in 2010 are projected to be in the range of 110,000-140,000 units, added Sobic.

Strong Dealer Performance Worldwide
An important contributor to PACCARs excellent performance is its strong and profitable global dealer network, which encompasses over 1,900 locations.  In the U.S. and Canada, the Kenworth and Peterbilt dealer network has grown to a record 551 locations.  Kenworth, Peterbilt and DAF dealers invested over $400 million in the last two years despite the global recession.  The dealers added 85 new locations, installed state-of-the-art inventory management systems and enhanced their customer support programs.  The industry leadership of PACCARs dealers benefits our customers and the global transportation industry, commented Tom Plimpton, PACCAR vice chairman.  With a record 1.5 million PACCAR vehicles in service, DAF, Kenworth and Peterbilt dealers have excellent parts and service businesses, high-quality vehicle ranges, and comprehensive finance and leasing programs."

Product Development, Technology and Facility Investments
PACCAR plans to increase capital investments in 2010 as the economy improves.  Capital expenditures of $175-$200 million and research and development expenses of $225-$250 million are targeted for new products and enhancing operating efficiency.  Kenworth, Peterbilt and DAF are investing in new industry-leading products and services to enable their customers to continue to deliver profitable results in their businesses, said Jim Cardillo, PACCAR president. 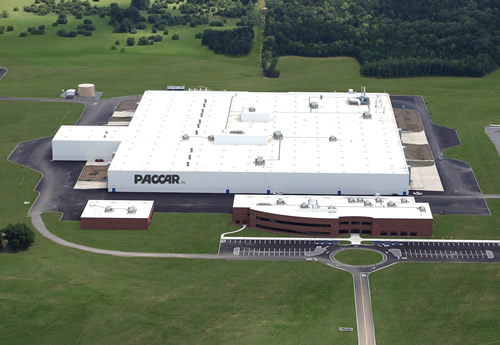 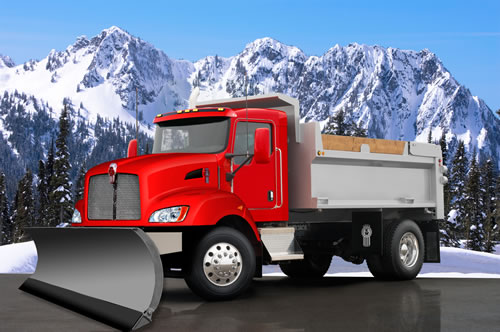 Environmental Leadership
PACCAR is the industry leader in the development of environmentally friendly technologies, shared Bob Christensen, PACCAR senior vice president.  During 2009, the Environmental Protection Agency (EPA) honored Kenworth with the prestigious Clean Air Excellence Award.  Kenworth is the first commercial vehicle manufacturer to receive this accolade since inception of the EPA award in 2000.

Other environmental highlights for 2009 include:

Financial Services Companies Achieve Good Results in Difficult Markets
PACCAR Financial Services (PFS) has a portfolio of 143,000 trucks and trailers, with total assets of $8.4 billion.  PACCAR Leasing, a major full-service truck leasing company in North America and Europe with a fleet of over 30,000 vehicles, is included in this segment.

The liquidity of the capital markets in North America and Europe have improved significantly during 2009.  PACCAR and PACCAR Financial issued $1.3 billion in two-, three- and five-year term notes in the public debt markets during the year.  PACCAR achieved excellent access to the debt markets because of PACCARs consistent profitability, good cash flow and strong balance sheet, Armstrong added.  PFS borrows at excellent rates which gives our customers a competitive advantage.

PACCAR will hold a conference call with securities analysts to discuss fourth quarter earnings on January 29, 2010, at 9:00 a.m. Pacific time.  Interested parties may listen to the call by selecting Live Webcast at PACCARs homepage.  The Webcast will be available on a recorded basis through February 5, 2010.