July 28, 2009, Bellevue, Washington PACCAR reported lower revenues and net income for the second quarter of 2009, said Mark C. Pigott, chairman and chief executive officer.  These results reflect the impact of a recessionary economy on freight shipments and truck purchases worldwide.  I am very proud of our 16,000 employees who have delivered good performance to our shareholders and customers in todays very challenging business conditions.  PACCARs strengths continue to be exceptional quality products and services, geographic diversification and solid aftermarket revenues and financial services income.

PACCARs strong balance sheet, including $1.96 billion in manufacturing cash and marketable securities, and positive operating cash flow have enabled ongoing investments which enhance operating efficiency and the development of innovative new products, noted Pigott.  PACCARs second quarter net income benefited from a one-time pretax gain of $47.7 million, which offset an operating loss from its truck segment of $36.5 million.  In todays difficult economy, it is a significant accomplishment to generate quarterly net income in automotive/industrial businesses. Pigott added, The recession continues to affect our business in North America and Europe as truck markets remain weak.  Second quarter 2009 financial results were negatively impacted by lower gross margins, temporary plant shutdowns and reduced build rates.  The challenging market conditions are continuing as we enter the second half of 2009.  PACCAR has reduced operating expenses, capital expenditures and dividends to proactively position its business with current market conditions.

Financial Highlights Second Quarter 2009
Highlights of PACCARs financial results during the second quarter of 2009 include:

Financial Highlights First Half 2009
Financial highlights for the first six months of 2009 include:

Global Truck Markets
DAFs premium vehicles are the quality and resale-value leaders in Europe.  DAF achieved a market share in the above 15-tonne market of 14.0 percent in the first half 2009 and has a medium-term market share goal of 20 percent.  The estimate for 2009 industry sales in the above 15-tonne truck market in Europe is being lowered to a range of 170,000-180,000 units, reflecting very challenging economic conditions throughout Europe, said Aad Goudriaan, DAF president.  European industry truck sales in 2010 are difficult to estimate given the current economic uncertainty, but they could be in a range of 150,000-180,000 units, similar to industry sales in 1992.

Class 8 industry retail sales in the U.S. and Canada are expected to be in the range of 100,000-110,000 vehicles in 2009, reflecting continued economic weakness, specifically in lower housing starts and auto production.  There are some encouraging signs as the ISM manufacturing index reached its highest level since August 2008, and freight tonnage improved slightly in June.  Our customers profitability is benefiting from lower fuel prices and good availability of drivers, said Dan Sobic, PACCAR executive vice president.  National trucking companies are recognizing the benefits of purchasing new trucks this year as their current vehicles maintenance costs increase due to the aging of their fleets.  Industry retail sales in 2010 are expected to improve slightly and be in a range of 110,000-140,000 units, added Sobic.

Financial Services Companies Achieve Good Results in Very Difficult Markets
PACCAR Financial Services (PFS) has a portfolio of 150,000 trucks and trailers, with total assets of $8.8 billion.  PACCAR Leasing, a major full-service truck leasing company in North America with a fleet of over 30,000 vehicles, is included in this segment.  During the second quarter and first half of 2009, profit was impacted by lower finance margin (revenues minus interest and other expense) and higher truck repossessions in Europe.  Declining asset balances, higher debt costs and lower used truck prices are impacting finance margins, said Ron Armstrong, PACCAR senior vice president.  Second quarter pretax income of $15.6 million compares to the $58.7 million earned in the second quarter of 2008.  Second quarter revenues were $243.5 million compared to $330.5 million in the same quarter of 2008.  For the six-month period, pretax income was $30.9 million compared to $126.0 million in 2008.  First-half revenues were $498.3 million, down from $647.9 million for the same period a year ago.

PACCARs strong balance sheet, complemented by its AA- credit rating, enables PFS to offer competitive retail financing to Kenworth, Peterbilt and DAF dealers and customers, said Armstrong.  Used truck pricing is stabilizing in the U.S. and Canada, but is still declining in Europe.  Credit losses have improved in the U.S. and Canada since the second half of 2008, offset by increased credit losses in Europe, Armstrong added.  The improved liquidity of the global capital markets is benefiting the transportation segment.  PACCARs good access to short- and long-term capital markets allows PACCAR Financial Services to profitably support the sale of PACCAR trucks in 20 countries on three continents at a time when many third-party lenders have exited the transportation finance business.

Environmental Leadership
PACCAR is a technology leader in the development of environmentally friendly and fuel-efficient vehicles.  Kenworth and Peterbilt presented advanced-technology trucks at the Hybrid Day on Capitol Hill event in Washington, D.C., on June 11 that was organized by CALSTART and the Hybrid Truck Users Forum (HTUF). 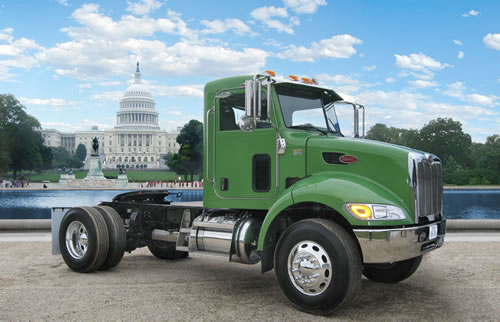 Product Development, Awards and Recognition
PACCAR is planning to invest $100-$140 million in capital expenditures and $180-$200 million in research and development in 2009.  Kenworth, Peterbilt and DAF are investing in updating many of their industry-leading products and services to assist our customers in delivering excellent results in their businesses, said Jim Cardillo, PACCAR president.

DAF was honored at the Motor Transport Awards 2009 dinner in London on July 1, 2009.  The DAF CF85 was named Fleet Truck of the Year the ninth time the CF85 has earned this accolade.  The awards are organized by the leading British road transport magazine, Motor Transport. 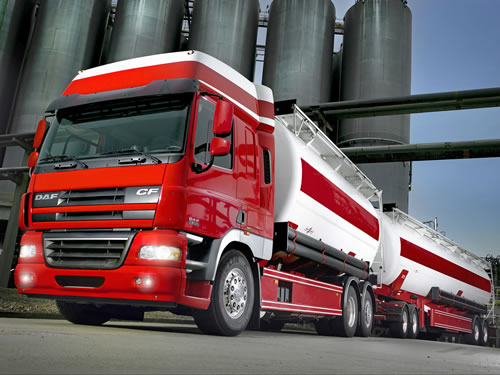 PACCAR was honored with the Best Engine Producer of the Year 2009 award at the Bus World Asia exhibition held in April 2009 in Shanghai, China.  PACCAR earned this recognition as a result of PACCARs 12.9-liter and 9.2-liter engines industry-leading reliability, durability and fuel efficiency.  This is the third consecutive year that PACCAR engines have been honored at this event.  The Chinese bus market recognizes the advantages of PACCARs high-quality engines, said Jim Cardillo, PACCAR president.  Field trials of the PACCAR engine in Kenworth and Peterbilt fleets are achieving excellent results for the North American market.

PACCAR will hold a conference call with securities analysts to discuss second quarter earnings on July 28, 2009, at 9:00 a.m. Pacific time.  Interested parties may listen to the call by selecting Live Webcast at PACCARs homepage.  The Webcast will be available on a recorded basis through August 7, 2009.  PACCAR shares are listed on NASDAQ Global Select Market, symbol PCAR, and its homepage can be found at www.paccar.com.